Washed out but Not Away

It crept over the banks of the Chao Phraya River and then methodically filled the central Thailand province of Ayutthaya.

For nine days in 2011, the water marched across the land, swamping roads, airports and commercial buildings in its path. It eventually overwhelmed the Hitech industrial park, where both temporary and permanent barriers were simply no match for the rising water.

Ten hours after the water breached the flood barriers at Hitech, Hana Microelectronics was flooded, making the integrated circuit board manufacturer just one more of the countless victims of some of the worst flooding ever to hit Thailand.

Eventually the floodwaters receded, leaving behind a swath of destruction that took months to clean up. At Hana, the flood left behind a company with a keen awareness of the business costs of natural disasters and a renewed interest in protecting against future business interruptions. 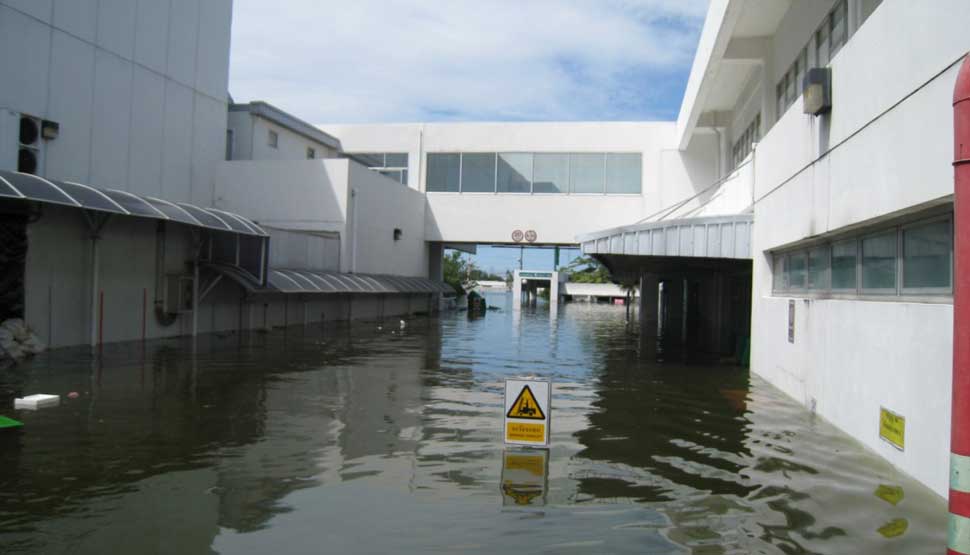 "We were out of production for three months and it took another three months to ramp back up," explains Hana Chief Financial Officer Terry Weir. "During that time, our customers had to find alternative suppliers. So consequently, it took us five years to get back to the level of sales we had before the flood."

Although market conditions played a role in the slow return to 2011 sales levels, the flood drove home a harsh business reality—business interruptions lead to lost customers.

That lesson has not been lost on Hana. Since becoming an FM Global client in 2014, Hana has invested millions of U.S. dollars in risk improvements. It has shored up its factories in Thailand, China and Cambodia against flood and other natural disasters. It has also installed sprinklers at several of its facilities and has become an advocate for the installation of sprinklers throughout Southeast Asia.

"We're an electronic manufacturing services company," Weir explains. "We don't make our own products. We make other people's products. A business interruption can severely impact our customers. They won't be happy and we will lose business as we saw with the flood. So, by lowering our risks, we're a more reliable supplier for our customers. That's really what it's all about." 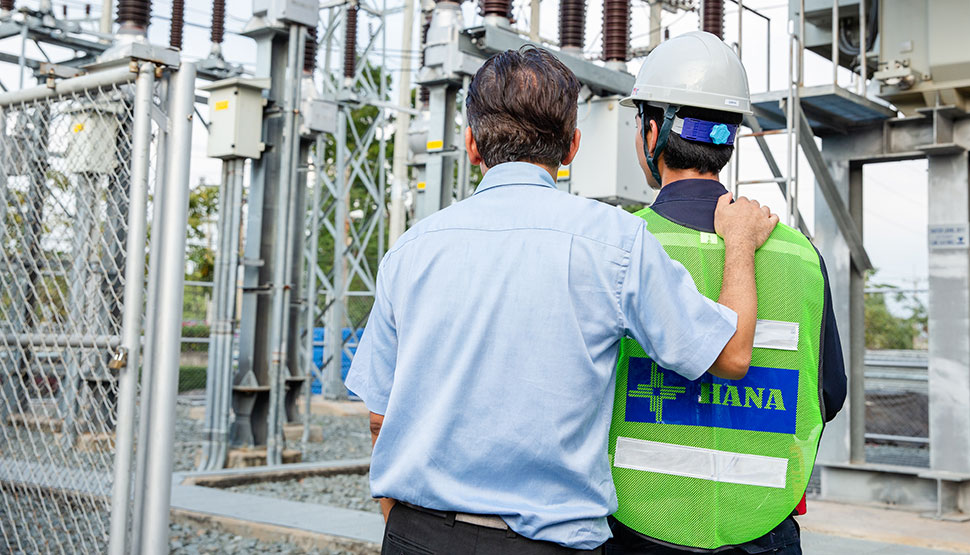 A renewed focus on reducing risks was one of the main reasons Hana became an FM Global client. The low level of engineering services from its previous insurer and FM Global's reputation as a loss prevention specialist made the switch a logical choice for Hana.

"Effective risk mitigation is a lot more important than having insurance coverage," argues Sanjay Mitra, vice president and general manager of the Ayutthaya division of Hana. "If you have a loss, you get a check from the insurance company.  But that check doesn't bring your customers back. The coverage is important, but it's only half the story. It has to be coupled with effective risk mitigation."

That philosophy has driven a host of risk improvements throughout Hana's manufacturing portfolio.

One of the greatest risks for any manufacturer is fire. This is particularly true of electronics manufacturers because so much of the work has to be done in cleanrooms that are free of dust and other contaminants that could damage the circuit boards. While critical to the production process, these cleanrooms are usually built with combustible plastic "sandwich boards," creating a significant fire risk.

With the help of FM Global, Hana reconfigured its sprinkler protection and reinforced the cleanroom walls, greatly reducing the fire hazard of this type of construction. 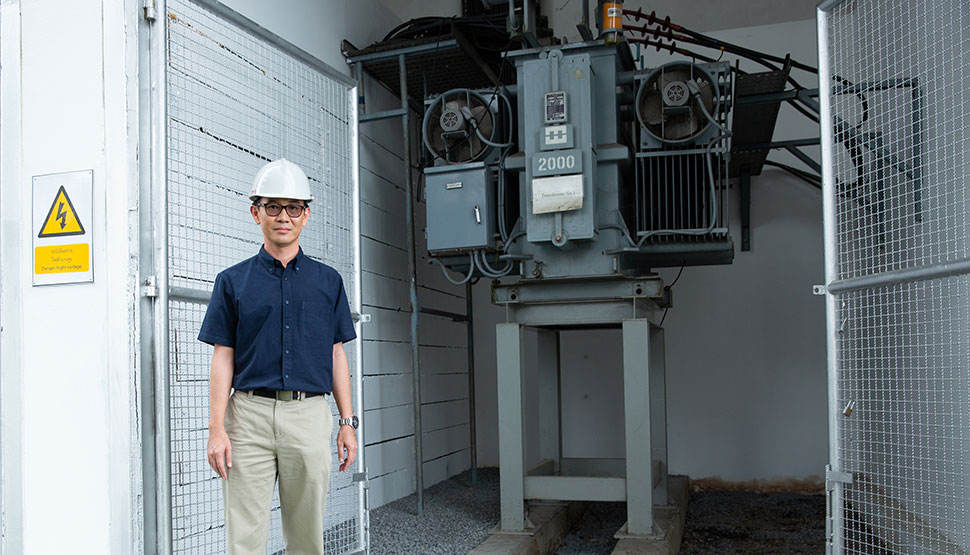 “FM Global’s engineering services provide substantially more detailed recommendations than I expected,” Weir says. “Our facility group works very closely with the FM Global team to look at the recommendations. We follow almost everything we can, and I’d say we’ve learned a lot since becoming an FM Global client. We have a great relationship.”

"We are working with FM Global to help us understand how we can mitigate the risk, prevent the risks," Mitra adds. "We won’t ever be risk free, but we can make the possibility of an event as small as possible."

"Hana utilizes our engineering services very regularly," says Dharnesh Gopinath, FM Global account engineer. "Hana believes in resiliency and they trust in our engineering, so they keep us aware of new projects, expansions and improvements before they do anything at their facilities."

Stopping the next flood

The other big risk for Hana is flood. Since the flood in 2011, the Thai government and the industrial park owner have added much larger dikes and other permanent flood barriers to prevent flooding in the future. Hana has also fortified the factory with flood-resistant walls and removable floodgates that will help keep floodwaters away from the production floor.

The water rose so slowly in 2011 that Hana and other tenants of the industrial park were able to implement some risk improvements immediately before the flooding. Hana erected sandbag walls in front of the building entrances and even had time to build cement and cinderblock walls to block interior doorways. Although these efforts could not withstand the flood, they were of great learning value for Hana, which now has detailed flood response plans for all its locations.

In 2011, Hana did engage in one flood mitigation effort that proved very effective—moving critical equipment out of harm’s way. Hana was able to remove more than US$8 million of equipment and ship it to its Bangkok facility before the floodwaters came.

"The flood was a real eye-opening experience," Mitra says. "It's something I hope we never have to see again. We have done a lot of flood mitigation work since then and I think we've bounced back even stronger. This facility in Ayutthaya province is now showing record growth." 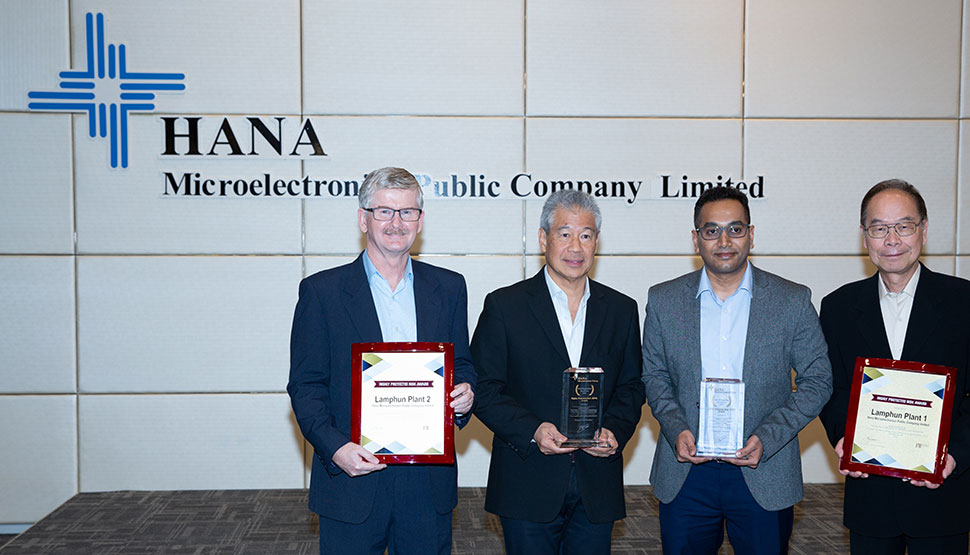 Hana's risk improvement investments haven't just been in Ayutthaya. Hana has invested more than US$1 million at its Lamphun, Thailand, facility, which recently earned a highly protected risk (HPR) award from FM Global.

"It's a big deal for us because it demonstrates to our board, our shareholders and our customers that we've achieved a high level of risk management," Weir says. "I think for everyone, there is a level of comfort knowing we've been recognized for our efforts by our insurer."

As Hana's business continues to grow, keeping the risk low, the production lines rolling and the floodwaters out becomes more and more critical.

"Not only do we have to protect our business, we have to protect the business of our customers," Mitra adds. "They trust us to deliver on-time, good quality products without fail. And that's where having good risk management comes into play."