Can You Master The Disaster?

Mounting natural-hazard losses are putting CFOs in the hot seat 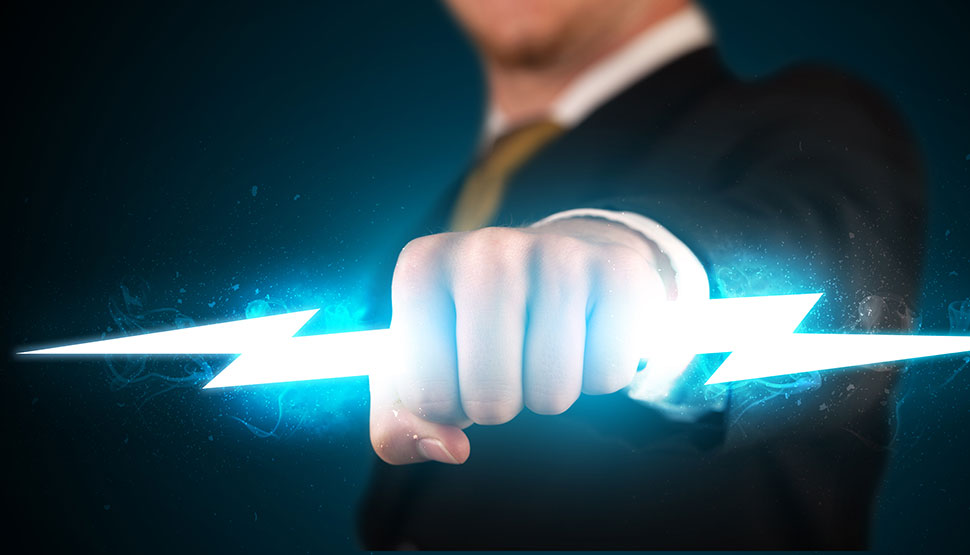 The year 2018 provided dozens of sobering reminders that we are all vulnerable to natural catastrophes. While not all of us experienced the direct wrath of typhoons, floods or wildfires, we nevertheless witnessed the effect on people and communities, and felt the financial and economic fall-out.

We also saw climate risk become a mainstream investor concern. As governments and companies continue to count the cost of earthquakes, tidal waves, typhoons, wildfires and floods, a recent whitepaper by global commercial industrial property insurer FM Global, demonstrates how shareholders and investors are demanding that corporations do more to quantify and be transparent about their financial exposure to natural catastrophes.

They are looking to their CEOs and CFOs to develop risk mitigation or elimination strategies as well as targeting direct capital investment to reduce risk and increase climate resilience. This is supported by a 2018 survey by EY of more than 60 institutional investors representing US$32 trillion in assets under management which indicated that nearly eight in 10 consider climate change to be a significant risk, with most stating that enhanced reporting of these risks needs to become a priority.

This pressure on the boardroom has been building. The FM Global study notes that during  2017, property catastrophe losses added to a tragic  global trend. The total economic damage caused by natural disasters worldwide in 2017 exceeded US$337 billion, the second highest on record, including an outright record of US$144 billion in insured losses. Unfortunately, 2018 did not offer much of a reprieve, and was  capped off in November by an out-of-season wildfire in California that devastated the town of Paradise. I grew up in the forests of the Western-US and have a family full of wildland fire fighters. An early winter November wildfire is almost unheard of.

The Asia Pacific region felt the impact too during 2018, where floods in Japan led to the death of more than 220 people. Indonesia suffered earthquakes and tsunamis wreaking havoc and taking thousands of lives on the Islands of Lombok, Sulawesi and in the Sunda Straits. Hong Kong, Japan, Thailand, Vietnam, Korea and the Philippines were pummelled by a record number of damaging  typhoons for a second  year in  a row.  As well as the loss of life, the damage to infrastructure and the resulting impact on economic activity such as tourism, agriculture, and manufacturing was devastating and will be long-lasting.

A matter of when, not if

There has long been a collective responsibility among the global business community to contribute to the reduction in damage and speed of economic recovery in areas prone to natural catastrophes. Resilient infrastructure and businesses that can return to business-as-usual quickly are part of that equation, aiding economic and community recovery, protecting jobs and ensuring outputs that can help repair damage.

Now, catastrophe preparedness is becoming an essential part of corporate financial  governance, where being unprepared has become unacceptable. FM Global’s study reviewed the financial statements of nearly 100 US public companies and the impact of the recent natural disasters  on  their  bottom  line, discovering  material  losses  ranging from a few million to hundreds of millions of dollars. Yes, insurance  policies  absorb  the  cost  of  most  property damage and lost profits, but few if any cover the negative impacts  on  share  price, investor  confidence, reputation and growth opportunities resulting from a prolonged interruption. Not to be forgotten is the fact that the C-Suite must focus massive amounts of their attention to recovery strategies rather than their growth strategies.

The findings are acutely relevant to the Asia Pacific region where infrastructure and commercial development is happening at a break-neck pace. Our region encompasses some of the most disaster-prone areas in the world. As we commit billions and billions of dollars to new projects carrying forward strategic visions, board members, shareholders, investors and analysts will increasingly demand evidence of a company’s preparedness for natural catastrophe and its financial exposure.

Like the California wildfire that occurred just before the winter season, the conventional timing of natural disasters is being challenged. Many don’t realize that ‘once-in-a-hundred-years’ risks actually have a 26 percent chance  of happening at least once in the typical 30-year lifespan of an industrial building. If a factory is in a natural catastrophe zone, it’s not a matter of if it will happen, it’s when. The risks don’t appear to be slowing in their frequency nor waning in their severity  either with news reports this week including the very strong out-of-season Typhoon Wutip near Guam.

From risk management to risk elimination

The implications of all this for the C-Suite CFOs, are quite specific. The  financial and economic implications of natural catastrophes must sit firmly in the forefront of their capital allocation decisions. This includes taking proactive loss prevention measures now to moderate the long-term impact on the organisation’s growth prospects, financial security and brand reputation among varied stakeholders.

Managing risk calls for the coming together of executive, financial and risk management functions. While there remains great value to be gained by the risk manager improving a company’s risk profile, there can be an even greater value when the financial decision-maker decides to eliminate the risk altogether, reducing financial impact and balance sheet volatility.

Risk managers typically have an inward-looking role, working to improve current or known risks to property or infrastructure and securing proper and stable insurance. For example, investing hundreds of thousands of dollars to fortify a critical plant against flood exposure may fall under the responsibility of the risk manager. Equally as important, a CFO, with their executive-level role and outward-looking focus, has the power and ability to potentially eliminate these risks entirely. A CFO can decide to relocate premises to a site that that is not prone to flooding thus eliminating future exposure entirely. What investor or analyst wouldn’t like to hear a company has become more resilient against natural catastrophes?

Decision makers must weigh the costs and benefits of such decisions. In many cases, major protection initiatives can be cost-effective. FM Global analysed more than 10,000 wind and flood-related investments recommended  to 1,800 of their clients between 2008 to 2017. It revealed that  risk  management strategies tend to produce a significant return on investment. For every US$1 a company spends to protect structures from hurricane and wind damage, estimated loss exposures decrease by an average US$105.

In a business landscape where the vulnerabilities posed by climate change are increasingly acknowledged and increasingly predictable, risk improvement solutions will increasingly demand the attention of boards and financial stakeholders, seeking to avoid unexpected losses through business interruption.

The challenge for CFOs and financial decision makers in the Asia Pacific region and globally is to master the disaster rather than wait for it to happen.